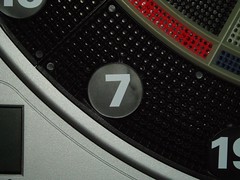 Hatmaker chose seven areas of life, including clothing, food and stress, devising seven month-long experiments in minimizing. While some months met the usual definition of ‘fast,’ (e.g., wearing only seven articles of clothing for an entire month), other areas required more of her rather than less (e.g., gardening, composting and recycling in a month devoted to the concept of waste). However, each area involved giving up a luxury, suffering some form of discomfort, and dealing with God as a result. While an American would call her choices a fast, a third-world citizen might call them a comfortable life.

This young author is clearly a generation behind me in terms of her paradigms, her speech patterns and her consumerism. It’s good I can feel smug about these things, because otherwise, her book makes me realize how small and mean I am. And I’m no global ignoramus. I’ve traveled quite a lot. I’ve lived for several months in several other countries, including Mexico. I know Americans are arrogant and so drunk on daily choices that we don’t understand our own selfishness. It’s just a whole lot easier, living here, not to think about it.

This book could be viewed as an exercise in behavior modification, but for me it is more about changing the heart. That’s how a fast generally works. On the other hand, I would expect some change of attitude and practice to stick in Hatmaker’s family. Will it stick in mine or yours as a result of reading 7?  I rather doubt it (though I did buy a fair-trade hat from Ghana today). So I am trying to convince a small group of friends to come up with some version of 7 that we could explore for ourselves.  I need doing and discussing and accountability to work this kind of voluntary suffering into my psyche. It also sounds kind of fun – in a hair-shirt, Prohibition sort of way.